We broke ground on the cabin build in August 2014. The site we selected was up on the hill about 150 feet higher in elevation from the where we had built the RV cover. We needed to put in a different access road from the top of the property that required a new easement from the USFS, but this road provides the easiest access to that part of the 40 acre property.  We had considered many different types of structures for the cabin but ended up finding a hand pealed log cabin kit on Craig's list for a real bargain. The logs were Larch (also known as Tamarack), which are more dense than pine or fir and have better resistance to rot and insects. The previous owners had commissioned the build but ran into some financial issues and were unable to proceed with the build. We purchased the log kit from them, had it moved and reassembled on our property.  The cabin was smaller than what we had originally wanted to build (32-x24), but we could not pass up the opportunity.  To maximize our usable space, we decided to build it over a drive-in garage and add a 1/2 loft. 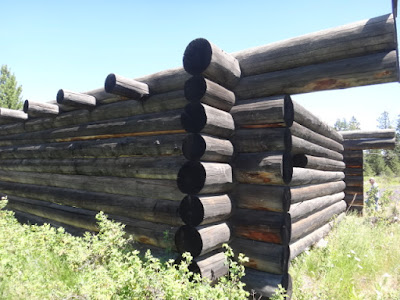 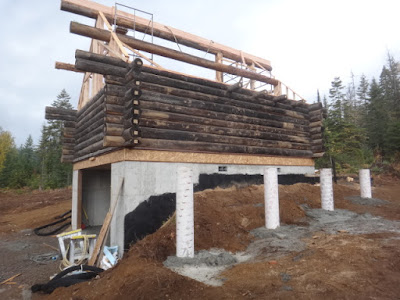 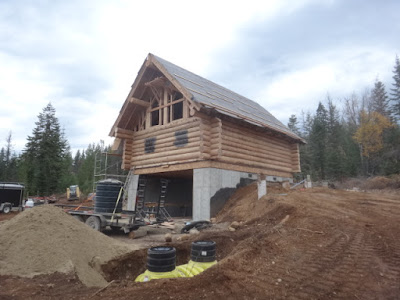 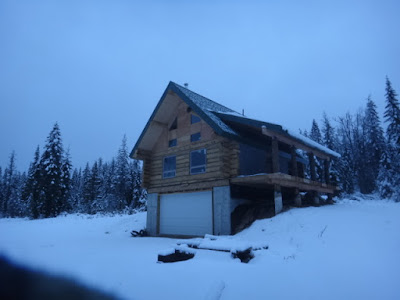 December 2014 - Metal roof added just in time for winter. All closed in